Get fresh music recommendations delivered to your inbox every Friday.
We've updated our Terms of Use. You can review the changes here.

I Am A Dead Man 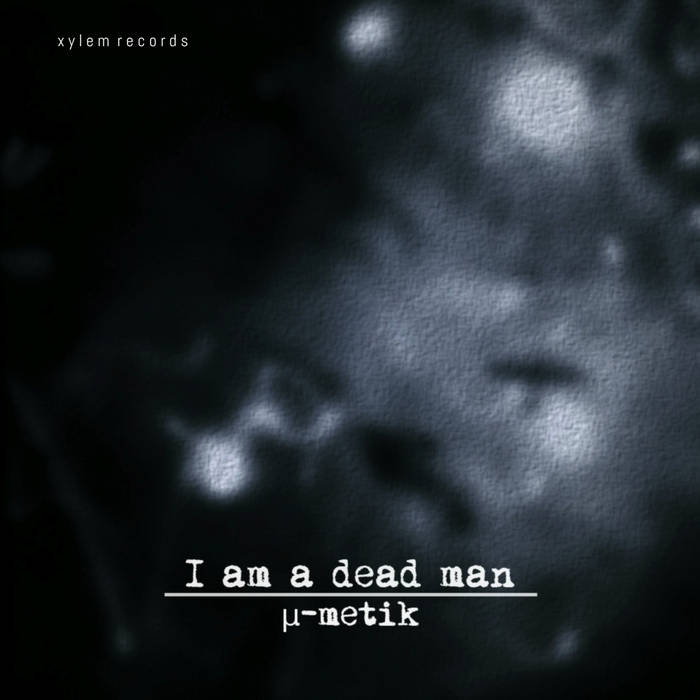 Liner Notes for I Am A Dead Man

By Any Means Necessary

Thick, seeping darkness and prehistoric weight.
The last steps of a beast at the dawn of an age of mud.
Ponderousness bespeaks ruin, empty doorway to shrouded days.
Words slow on an unfamiliar tongue, new in sickness and alien to prayer.

I Am A Dead Man

Order bred from static, signal shifting like sands.
Rasping the low heavens to reveal a shining underbelly beneath dull bulk/dead man. Specter limps in shards of subconscious, undercurrent of dust, bleached hierarchy of bones. Dead is white. Stasis is white. Freedom is black. Winging bullet is gray.
After course is a blackness of murmurs, a whispered curse, promises lost to forgetting. Disconnect blossoms, slow unfolding of dissonant petals, movements out of register.
Ebbs, tidal hisssssssss.

Stretched between three points in the tactile drip, dirty threads string up the ends of means. Fold down. Overcome in echo broth, foam feeds back in insistent, damped response. Waves die despite their infinite breadth, canceling, clawing back space with repetition, with distance; Could be a place. Could be a mirage, pretty nothings painting crescendo.
Follow. Break.

Movement is viscous here, twisted sideways like seaweed in shear. Movement leaves the center still in an amber of sound.
Framed movement, sound tricks.
We're static.
Just see the center, how can we move when both ends are sliding opposite ways? Benches, leaves, wind, gum on concrete, eyes sweep the ground.
Motion is a lie.
Movement is viscous here.

Composition and production by μ-metik.
Text by Cbattle.
Mastered by Christopher Leary at Melograf Mastering.

Frayle's Gwyn Strang and Sean Bilovecky join the show to talk about their cathartic new album.