Get fresh music recommendations delivered to your inbox every Friday.
We've updated our Terms of Use. You can review the changes here.

by A Small Glass Ghost 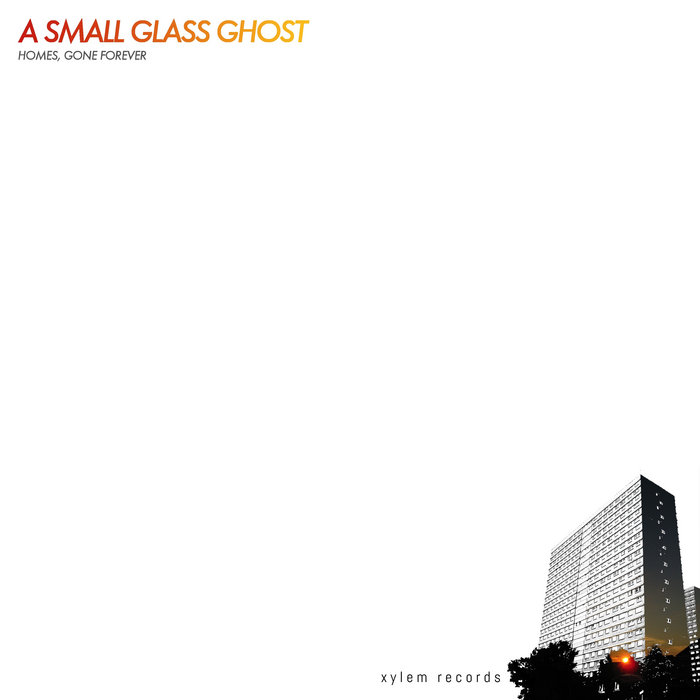 At the start of the summer 2013 I started to feel more and more dissatisfied with the music I was making. Over the previous 2 years my work had become increasingly austere, moving into sounds that were almost entirely textural and lacking in tonal or harmonic content. Some people seemed to like this, but I found myself feeling depressed by the thought of making more of the same. So I decided to do something else.

A Small Glass Ghost was the title of the second album by a long running band of mine called Thee Moths. The album was released on vinyl and CD back in 2003, and seemed to be popular at the time, with everyone from the NME to the Montreal Mirror writing favourably about it. It was, looking back, probably the nearest I've ever come to 'success' that could be measured in critical acclaim, if not record sales. It was recorded in the flat I was living in at the time, a split level place in Butterburn Court, a tower block in Dundee. I loved that flat, and have many many fond memories of my handful of years there, a time that saw so much music recorded there, and many many musicians sleeping on the sofa as I promoted artists like Lucky Dragons, Bobby Birdman, Mount Eerie, Ghost Mice, and Casiotone for the Painfully Alone in the city.

Why am I telling you all that? At the end of June, this year, Dundee Council finally followed through on their plan to demolish Butterburn Court, meaning that there was no way I could ever return to that flat, even if I wanted to. The timing matched with my desire to tear down what I'd been previously making, and gave me a jumping off point for the new record. As a result 'Homes, Gone Forever' opens with two tracks based on ideas first explored in the opening two tracks of 'A Small Glass Ghost' from a decade earlier, and the opening piece 'Home's Gone, Forever' features a recording of a rain storm captured from the kitchen of the now gone flat, a sound that will literally never be heard in nature ever again. The cover is a photograph of the building.

'Homes, Gone Forever' is my attempt to make music that sounds joyful and hopeful, music that 'glows'.

Frayle's Gwyn Strang and Sean Bilovecky join the show to talk about their cathartic new album.